Could Gluten be Behind Your Un-Explained Health Symptoms? Gluten belongs to a family of proteins naturally found in wheat, barley, spelt, and rye. Out of these, wheat is the most common. Gluten contains two primary proteins: “Glutenin” and “Gliadin.” Research published by the National Institute of Health says that the latter is responsible for most of the adverse effects of gluten.

Why is Gluten problematic

An increasing number of people each year develop immune responses to gluten. Gluten problems can manifest themselves as Celiac Disease (The body attacks the gut every time you ingest gluten), Gluten Intolerance (A less severe immune response after eating gluten), Wheat Allergy, Leaky Gut Syndrome, or other diseases that trigger autoimmune conditions. This article will help you to understand the relevant details one by one.

The exact reason is unknown but is speculated to be due to hybridized modern wheat that is much higher in gluten content than its ancestors, overconsumption of wheat, wheat preparation, or the over spraying of wheat. Even though these conditions share similar symptoms, there is a difference in how a person’s body reacts to gluten.

Celiac Disease is an autoimmune disease and one of the most severe forms of gluten intolerance. According to the Mayo Clinic, it affects 1% of the population and has genetic roots. This disease treats gluten as a foreign invader prompting the immune system to attack it. Over time, the lining of the small intestine gets damaged and eventually causes nutrient deficiency. If this is left undiagnosed, the small intestine suffers from Malabsorption – the inability to absorb nutrients into the bloodstream.

Medical News Today highlights the following as symptoms of Celiac Disease. These include:

Other signs of celiac disease not related to your digestive system include:

As seen from the above symptoms, it is a severe disorder, and the most effective way to manage symptoms is to opt for a 100% gluten-free diet.

Gluten intolerance is more commonly known as “non-celiac gluten sensitivity.” Both conditions have similar symptoms, but your body’s response varies in consequence and longevity. A person with gluten intolerance will feel short-term bloating and, most likely, belly pain. Researches show that an estimated 0.5 to 0.13% of people are gluten intolerant.

Symptoms of gluten intolerance, according to Medical News Today, is as follows. Most of the symptoms are classified as gastrointestinal.

Other signs that are not common of gluten intolerance are:

While celiac disease requires a complete cut off of gluten food, gluten intolerance can be relieved by limiting Gluten to the minimum and utilizing supplements containing digestive enzymes.

If you’ve been diagnosed with either of these diseases, avoiding gluten is better for your long term health.

Our digestive system more than digests our food. It also absorbs nutrients into the bloodstream. The lining of our small intestine serves as an important barrier between the gut and the rest of our body. It is like a “receptionist.” Determining which substance passes through the intestinal wall and which to withhold from entering the bloodstream and organs.

The intestinal wall has tiny gaps known as “tight junctions” regulated by a protein named “Zonulin”. Its release causes the tight junctions to open, allowing larger particles to pass through the intestinal wall. This occurrence of increased Intestinal Permeability leads to a “Leaky Gut Syndrome” causing undigested food particles, bacteria, and toxic waste products to “leak” through and flood into the bloodstream.

The two most important triggers for high zonulin production are Gluten and bacteria. Even in people not suffering from celiac disease, the gliadin protein in gluten can trigger the release of zonulin and increase intestinal permeability eventually leading to a leaky gut. Also, excess zonulin production is linked to various autoimmune diseases. It is also the cause of flare-ups in celiac disease.

A study conducted by NCBI proved that Gluten intake activates Zonulin leading to a leaky gut. Likewise, another 2015 study by PubMed shows that gluten intake increases intestinal permeability and triggers an immune response in the body—our immune system responds to foreign substances by causing inflammation, our body’s natural self-protection mechanism.

A leaky gut can trigger inflammation and can further change the gut’s flora (normal bacteria), leading to problems that are not restricted to the digestive system only. According to an article by Harvard Health Blog, these can manifest as eczema, migraines, irritable bowel syndrome, fatigue, hormonal imbalances, a weakened immune system, auto-immune conditions, and several other chronic diseases.

To a certain measure, everyone suffers from a leaky gut. The barrier in our gut is not entirely impenetrable, and it shouldn’t be. While some may have a genetic disposition, our lifestyle plays a crucial part in gut inflammation. A low fiber diet with high sugar and fat intake is responsible for it.

There is no question that a leaky gut may lead to problems elsewhere in the body and is associated with other autoimmune diseases like Diabetes I, multiple sclerosis, chronic fatigue, and allergies. It can also manifest as acne, eczema, and mental illnesses.

Who Should Avoid Gluten?

If you’ve been diagnosed with celiac or gluten intolerance, your best option is to cut out gluten from your diet. Weakening your intestinal wall for a slice of pizza or a plate of pasta is not worth affecting your other organs. Likewise, individuals who suffer from digestive issues such as irritable Bowel Syndrome, bloating, or constipation should avoid gluten as much as possible to prevent a leaky gut!

Furthermore, if you’re trying to lose a few pounds or suffer from ADHD, ADD, or depression, a Gluten diet is not your friend! It increases fat-storage and affects your hormones negatively by causing huge spikes in insulin.

If you don’t think you might suffer from gluten sensitivity and have no symptoms whatsoever that are triggered by wheat, then definitely consume it in moderation as is the case with any high carb food, and make sure you use organic, non-sprayed, whole grain, and preferably sprouted wheat for the best nutritional value.

You can still enjoy grains, bake cakes, and slices of bread, even on a gluten-free diet. You need to get used to new options and explore how to add them to your diet.

Not only are these foods likely to relieve your symptoms but also beneficial for your health. Here are my favorite gluten-free, low carb bread recipe, and a gluten-free lemon blueberry cake for you to start exploring other gluten-free and wheat-free options.

But honestly, I advise all my clients to at least give a gluten-free diet a chance for two weeks, because sometimes it is contributing to some of the symptoms that you got too accustomed to that you never even though the food you are eating could be triggering it. I personally see it in my practice every day, and I think it’s worth a shot.

Need help going gluten-free? Join my upcoming two-week detox so I can show you how to properly eliminate food triggers from your diet and introduce them back safely to tell if this is a culprit for some of your symptoms or not. 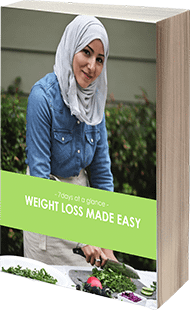 Lose weight, boost your metabolism and stop the cycle of yo-yo dieting forever.

We use cookies on our website to give you the most relevant experience by remembering your preferences and repeat visits. By clicking “Accept”, you consent to the use of ALL the cookies.
.
Cookie SettingsAcceptReject All
Manage consent

This website uses cookies to improve your experience while you navigate through the website. Out of these, the cookies that are categorized as necessary are stored on your browser as they are essential for the working of basic functionalities of the website. We also use third-party cookies that help us analyze and understand how you use this website. These cookies will be stored in your browser only with your consent. You also have the option to opt-out of these cookies. But opting out of some of these cookies may affect your browsing experience.
Necessary Always Enabled
Necessary cookies are absolutely essential for the website to function properly. These cookies ensure basic functionalities and security features of the website, anonymously.
Functional
Functional cookies help to perform certain functionalities like sharing the content of the website on social media platforms, collect feedbacks, and other third-party features.
Performance
Performance cookies are used to understand and analyze the key performance indexes of the website which helps in delivering a better user experience for the visitors.
Analytics
Analytical cookies are used to understand how visitors interact with the website. These cookies help provide information on metrics the number of visitors, bounce rate, traffic source, etc.
Advertisement
Advertisement cookies are used to provide visitors with relevant ads and marketing campaigns. These cookies track visitors across websites and collect information to provide customized ads.
Others
Other uncategorized cookies are those that are being analyzed and have not been classified into a category as yet.
SAVE & ACCEPT
[]